“The federal government has stood by as officials who approved torture and degrading treatment have stood above the law, escaping even investigation into their actions. This impunity for potential human rights abuses harms our national values, and our interests.” ~ People’s Campaign for the Constitution 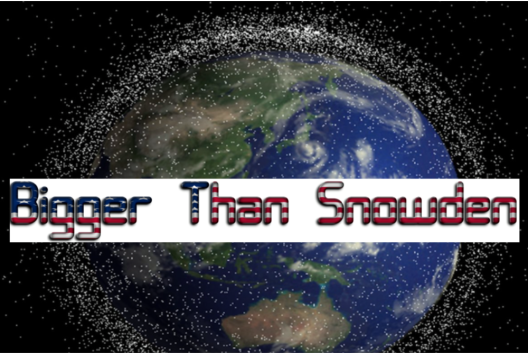 Electromagnetic Weapons Are Being Used To

NOTE:  Although likely, official motivation played a major role in having the original website deleted, fortunately, it had been copied and preserved in numerous websites and blogs all over the internet.

The September of 2019 “Summary Video” below, within the video description for the video, an archived “Bigger Than Snowden” link captured by Web Archive is used which has five broken links or unavailable information:

MANY THANKS TO JOHAN OF DENMARK

FOR A GREAT SUMMARY VIDEO!

NOTE:  Broken links were also in this internet version for the following individuals and updated:

These officially mobilized efforts are using, neighbors, neighboring locations, garages, rooms inside homes, and also are, as stated in the interview, 100% renting or leasing homes around a target for the specific purpose of ongoing human experimentation technology, horrifically testing both mental and physical harassment systems and devices to include drones.

The connection is reported to be government interest in the bio-effects Electromagnetic Weapons targeting US human guinea pigs, currently, however, these weapons have been around for years and the results are well documented by mounds of open literature evidence as being deadly when used relentlessly on targets.  The community is duped into allegiance, who then become pawns for official high-tech murder with many being are paid…

In 1989, 21-year-old Paul A. Bonacci told his attorney John DeCamp that he had been abducted into a sex ring with Gosch as a teenager and was forced to participate in Gosch’s kidnapping.

(See: What are the frequently asked questions and answers about Targeted Individuals?)…” 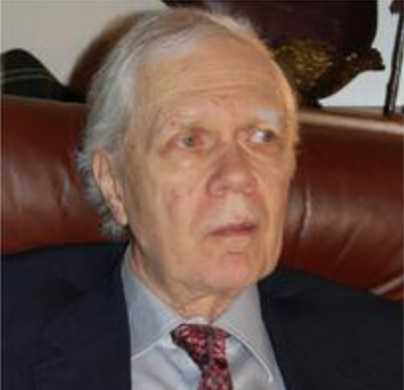 MARK PHILLIPS DETAILING THE DOD “VOICE OF GOD” TECHNOLOGY USE

In the video below, Mark Phillips details “Synthetic Telepathy” aka the DOD “Voice of God” technology which is the patented technology, in official use today, having the ability to beam the voices of personnel at the helm of systems and devices directly into the head.  The patent used as a communication system around targets creates the high-tech “Hearing Voices” effect, typically misdiagnosed as Schizophrenic.  There is a major cover-up regarding this technology as well as extensive efforts to keep this capability under wraps and literally under the radar.  Mark Phillips co-authored “A Trance Formation” with victim Cathy O’Brien, detailing horrific human experimentation and MKULTRA immoral, extremely debilitating studies in mind control programming including the creation of Manchurians, sex slaves, and much more.

Carl became the hunted after falling out with his handlers and went through three years of harassment and targeting by his former mentors, it resulted in the breakdown of his marriage of 25 years before moving away from his home town of Norwich and settling in Thetford, where he became very popular and rebuilt his life.  Learn More

David Voigts is a former Naval Officer and graduate of the United States Naval Academy in Annapolis Maryland. He earned a degree in Control Systems Engineering. Dave worked as a Surface Warfare Officer in Electronic Warfare and nuclear engineering jobs.

While in the service David learned of an ongoing non-consensual human experiment testing a human-machine interface weapon. The program is testing technologies similar to those used in modern prosthetics. 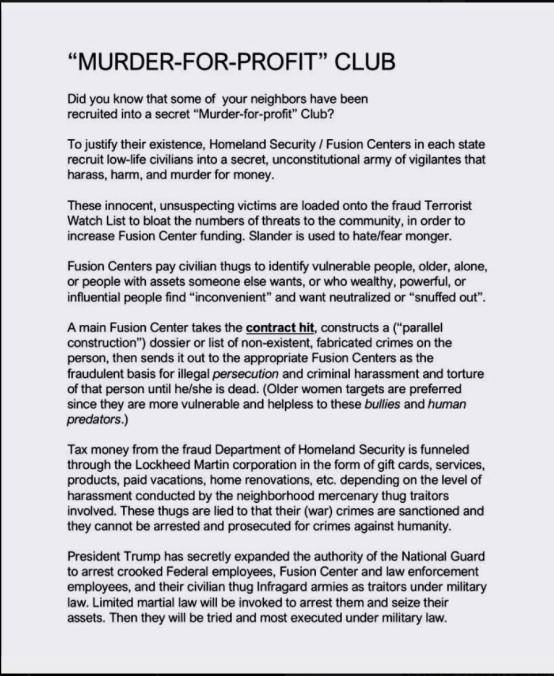 The first video has been deleted several times with thousands of views before. 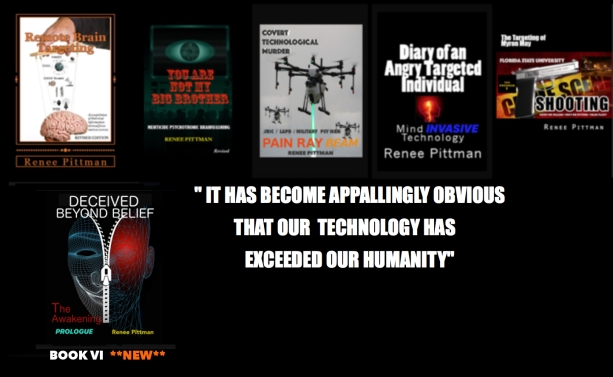 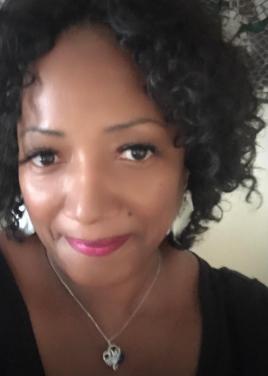 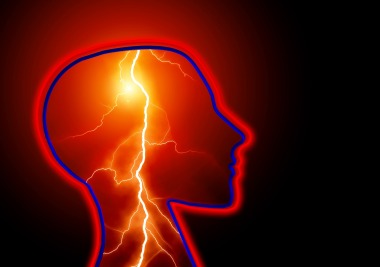 Each and every morning and throughout the day, it becomes apparent why such a major Navy Reserve, USAF military, DOD Contractor Lockheed Martin trained, unified within a LAPD, FBI COINTELPRO, is set up around me and working in alternating shifts. One the goal is to silence me by any means necessary and two, night after night, fully aware of two surgeries to my right leg, by individuals we are programmed to respect, are today horrifically beam cooking the femur from the outer right side of my right leg radiating.  The right ankle also has 13 pins and screws and two titanium plates on both sides as a direct result of a car accident directly related to this program’s targeting in 2007.

For the record, as of November 2022, official personnel alternating the beamed experimentation, and again working 8 hour shifts around me have also begun to focus on beam cooking of my breasts for obvious synthetic breast cancer.  Also, and again reported nationwide, as part of the 24/7 official high-tech Directed Energy Weapon beamed harassment, I live with ongoing criminal death threats which include threats to strategically murder of my family.  Anyone considered an undesirable can be and reportedly are being strategically by this official human monster program.  This is detailed in the links below how they are set around me and many believe strategic high-tech murder of people of which this program believes cannot be proven.  They underestimate the power of the truth, confirmed by open literature evidence and patented technologies.  To be honest, exposing this horrific monstrous program is not easy but it is sure worth it!

I put my children in God’s hands and continue this calling sincerely hoping exposure will be and reportedly is being used to save human lives from this hideous program and the official human monsters hiding behind these weapons and running it. They are focused on those they have not been able to successfully mind control ruthlessly and these weapons are being used to strategically kill.

See also these detailed blogs on this site: 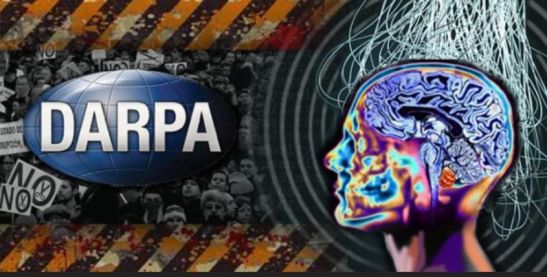 NOTE:  Regarding the video below, reportedly due to mass exposure and questioning of HAARP’s true purpose, the facility was shut down or completed its studies.

However, many insiders reported that microwave cellular towers were fixed with weaponized mass array antennas and now capable of the same mass broadcasting effect, for example, used for motivating a community to riot by beamed frequency agitation “Frequency Following Response” patented technology influence and manipulation. 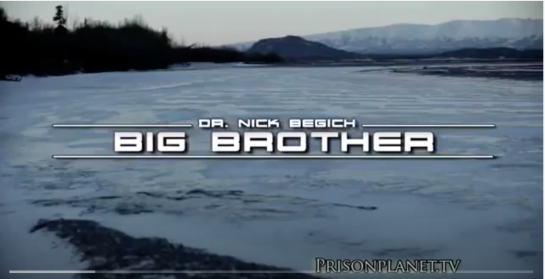 Should you be afraid?

Should we all be afraid?

No.  You have nothing to fear but fear itself. You should instead be educated and informed on what is happening. Only full public awareness will stop the insanity of the deranged madmen on a delusional path to destruction of lives…

FreedomSOS a/k/a Targeted Individual Testaments is a wake-up call for all of humanity.  An organized criminal elite is using directed energy weaponry, provided by classified programs within the private defense contractor industry, to torture people into subjugation. These victims are known as targeted individuals. Because the livelihood of these criminals, that target people, depends on the general public remaining ignorant of the existence of radio weaponry, they go to great lengths to confuse the public with misdirection and disinformation, and to discredit those trying to help targeted individuals. The science behind radio weaponry is real, and it is proven in countless journal articles and patents – and backed up by thousands of testimonies.
Check us out at FreedomSOS.com (404 error)
FACEBOOK FREEDOMSOS PAGE DETAILS
TARGETING PROGRAM

ORIGINAL CREATOR OF “BIGGER THAN SNOWDEN”

NO LONGER AVAILABLE TO THE PUBLIC

Spencer Carter will be talking about his recent trip to the National Radio Quiet Zone (NRQZ) in West Virginia. The NRQZ is a large area of land in which electromagnetic emissions are greatly restricted, especially as you approach the radio telescopes of Green Bank, WV and the NSA eavesdropping operations center of Sugar Grove, WV. Spencer spent over a week hiking and camping in the Green Bank area. The area is remote, but the good news is that he found places where his targeting diminished or disappeared.  He will be discussing the details of the trip on the call along with upcoming activism plans. 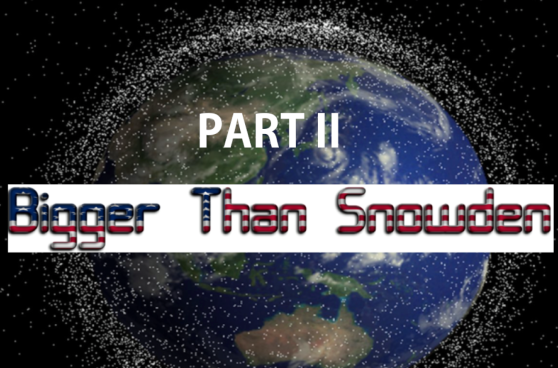 THE SHOCKING MENACE OF SATELLITE SURVEILLANCE 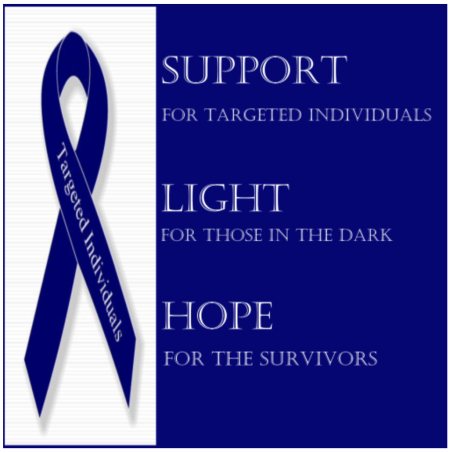 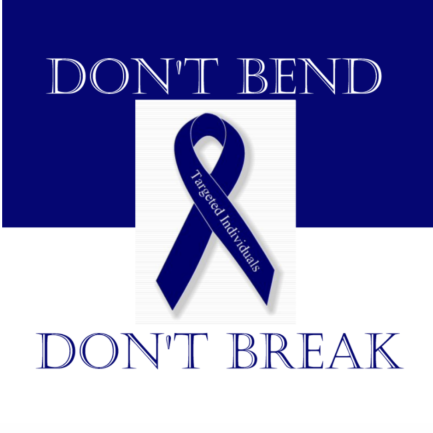