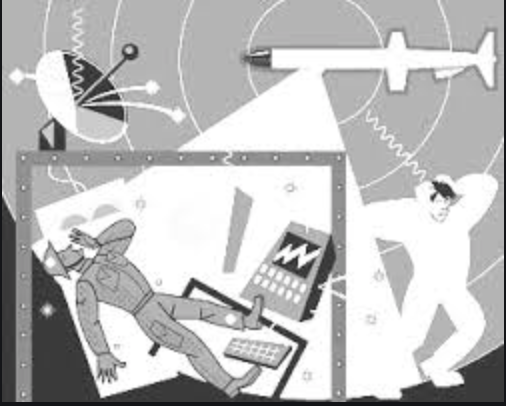 Just short of a year’s time, yet another covert victim of what is nearing a million are reporting being placed into a high level, highly technological harassment program succumbs by suicide, broken by relentless covert technological harassment.  The statement, “If a lot of people are saying the same thing listen” under the circumstances becomes very real when growing reports take on valid meaning.  The fact is people are saying the same thing, nationwide and globally regarding a MONSTROUS, inhumane, unjust program using human beings as lab rats in operations so viciously heinous, most cannot believe it is happening or that there is an actual very real highly secretive program unleashed today officially that has flourished under the radar for DECADES and now is combined with PATENTED mental and physical, “psychotronic” aka psychological electronic technology.

The objective is, based on the untold number of victim reports, is 100% designed to push the target over the edge, to suicide, entrapment, with relentless denigration, death threats, isolation, and covert destruction of the victim’s life, livelihood, and all relationships, homelessness, and of course, it must be done COVERTLY.

The 24 hours a day, 7 days a week covert victimization is a high-powered strategic effort of relentless physical and verbal attacks, intense harassment and coercive Directed Energy Weapon microwave weapon pain ray beams used as barbaric physical torture by cooking the human body like a piece of meat in a microwave oven and documented to have a gradual slow kill effect when used in this manner.  This is although the government and the government’s Military-Industrial Complex has labeled these high-powered weapons “Less than lethal” or Non-Lethal” which is an intentional misnomer.

Victim’s report being told around the clock, by through the wall radar of their worthlessness, told to commit crimes, for freedom, ridiculed, and denigrated, with the PsyOPS, combined with the torture and harassment designed to specifically ignite a  negative reaction.  The ongoing degradation and death threats designed to break the victim emotionally and into despair reinforced over and over again.

Many have documented high-tech beamed suggestions from operators at the helm of this system told to “kill yourself” as well as reports of threats that if the victim does not submit, or commit in some way, that those at the helm of the technology will kill them while again being viciously beam tortured.  The intent is to drive home a very real covert capability of these weapons and scare the victim into submission and again into a negative reaction.  Both men and women also report unwanted high-tech sexual stimulation naturally especially women by the men working these operations which is a well-known patented capability, by inventor Hendricus Loos.  They are using patents that manipulate the nervous system and create a specific effect to include orgasms, as well as other methods, such as dream manipulation, sleep deprivation hoping the target will crack, after isolated, and now lost and alone with again, specific focus on the destruction of all relationships.  The victim then is placed into a mobilized “Stasi Style Zersetsung” called “Organized Community Stalking” using “Citizen Volunteers” which is a police a mobilized program of community recruits using parolees and criminal informants, within a vast nationwide effort that follows everywhere the target goes.  And, incredibly it is mobilized and overseen from a highly advanced, highly technical operation centers which are numerous across the USA today, two to three in every state, including global reports, or a PsyOps ran, officially, as close as within makeshift neighboring locations set-up by these official operatives specifically military personnel in many cases.  The goal as stated previously is to break the target down by any means necessary.

Sadly, some can’t take the powerful covert crucifixion and have learned there is nowhere to turn for help from government agencies, operating this program.  Where do you turn when this is an official, unofficial human high-level government agency ongoing human experimentation effort combined with military technology and military personnel?

In fact, Dr. Robert Duncan, an author and once insider turned whistleblower, employed by high-level government agencies involved in constructing the electromagnetic technology unleashed today within the public domain has become a whistleblower.  He confirms that this is a Goliath of which has been systematically established.

“The problem has always been a sound strategy to stop the abuse. Another problem is that these people operate above any laws and there are few skilled enough to decipher the signal intelligence impinging upon the victim.  The evidence is difficult to come-by and certainly not understood by the common man that you would find in a court setting. Courts do not have the power to stop this. Public understanding and opinion could sway things but this is a long journey of education. I do what I believe can keep me out of prison and still help inform the populace.”

Harold Brown‘s father just texted me saying that Harold committed suicide 5 days ago in Garland, Texas. His funeral will be in the near future for anyone interested in going. This is terrible news and my prayers are with Harold and his family. I’m not sure if you knew or not but, I just found out this news.

These two are examples of untold numbers who succumbed deciding to make an exit from the relentless torment which is widely reported to last a lifetime. And there are many, many more who have chosen this way out.

Victims of these high-tech non-consensual technology testing operations backed by advanced patented military mind invasive technology, continually report being engulfed by powerful waves capable also of high tech frequency manipulation resulting in intense depression beamed to them and it is a feeling so intense that many have had to continually battle the feeling with positive thoughts and affirmations or refocusing the best they can on loving thoughts during the powerful attacks.  However, when combined with the covert destruction of a victim’s life, to penniless, this becomes an unbearable challenge.

HOW EEG CLONING (Brainwave Manipulation of Emotions) IS ACCOMPLISHED

DESCRIPTION: A system whereby the target’s electromagnetic frequency is monitored remotely and EEG results fed back to them (or others) to mimic emotional patterns; e.g. fear, anger, etc. In other words supercomputer’s clone, your emotions then beam them back to you to induce fear or panic to control you at an opportune time.

PURPOSE: To induce emotional/psychological responses. For example, the feedback of Delta waves may induce drowsiness since these are familiar when in deep sleep. Delta Programming is also used for Manchurian Candidates.

HOW IS IT DONE?

The magnetic field around the head, the brain waves of an individual can be monitored by satellite. The transmitter is, therefore, the brain itself just as body heat is used for “Iris” satellite tracking (infrared) or mobile phones or bugs can be tracked as “transmitters.” In the case of the brain wave monitoring the results are then fed back to the relevant computers. Monitors then use the information to conduct “conversation” where audible Neurophone input is “applied” to the target/victim.

BELOW ARE VARIOUS LINKS TO THE HIGH-TECH EMOTIONAL CAPABILITY

Many victims described the intense feeling when your stomach sinks in great fear, sadness, and a feeling of unbearable, pain, or sorrow.  Some are held in this manipulated frequency for days on end.

The fact is, technological mood management, from radiofrequency technology, is well-known and documented by the Military-Industrial Complex, and is also well defined as a capability revealed in the failed Congressman Dennis Kucinich’s Space Preservation Act of 2001 detailed in Section 7 as shown below.

Without a doubt, this technology is no joke and is in full use today, open literature evidence reveals, as well as again, reports, backed by victim after victim, who suffered for years, as well as testimonies of highly credible, once insiders,  activists, and whistleblowers within the USA and all over the world.

All report the same psychophysical targeting, that it can be very intense, effective, and an overpowering form of negative mood management.  This is especially true, when typically, cleverly, backed with ongoing, relentless, malicious denigration harassment, and again energy beamed Directed Energy Weapon microwave torture.  This is the operative’s main focus, and by hideous nature, the reason they hide. The hope is an ongoing attempt to push the victim over the edge, and by any means necessary or, again, drive the target into acting out in some manner, for self-sabotage, sadly, heinously, or worse, believe it or not.

The capabilities of the technology defined in the Space Preservation Act, are known to be deployed by many methods which include portable systems and devices as well as versions that are handheld and also land, sea, drone, microwave tower antenna topped, and space-based focused on individuals, groups, communities and large populations.  Below is an example of one type of patent.

COINTELPRO mobilized efforts also reportedly play a pivotal role within communities in the form of police surveillance units leadership and the spearheaded use of the technology.  And, any person, no matter who can be added to “The Program” for any reason under the Sun.

The foundation and objective are human testings.  That is why victims are never told any allegations, ethically, morally, and are denied even basic Human Rights.

The Milgram Experiment proved that if asked by authority figures, by Yale University Stanley Milgram, people are compliant and will do as they are told without question. Milgram hoped was to understand why so many followed Hitler and destroyed human lives without conscience or remorse.

When a person is targeted, without a doubt many of the patented technologies, shown in the link below are reported to be fully used on them and without exception:

PATENTS REPORTED TO BE IN FULL USE TODAY 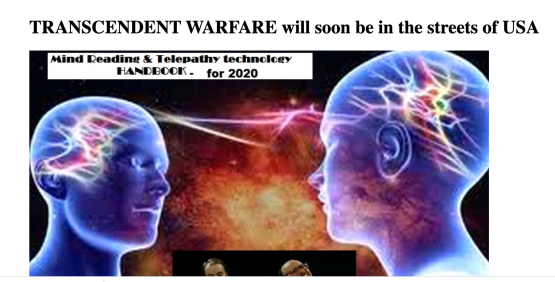 APPROVAL OF NONCONSENSUAL TECHNOLOGY TESTING FOR

Anyone, again, can become a test subject and victim of this specific type of covert targeting and, again, for any reason under the Sun.  Anyone can become a threat using the truth, no matter who you are.

Below is a link to President Clinton’s attempting to apologize for radiation testing in a program that lasted well over 20 years involving numerous organizations (from the 50s thru 70s) and of which laid the foundation many believe for what is happening today.

What no one is reporting, mainstream media, etc., is that mind control testing did not stop after the “Church Committee Hearings” of the 70s and has been an ongoing agenda for decades, past, present, and future and that efforts, covertly continued to flourish.  Today it has evolved into a heinous high-level monstrous advanced technological testing effort that is beyond horrific and rated as an officially sanctioned “Crime of the Centure.”

Trust that those involved will go to great lengths to keep what is happening and that which is now reported as the “Crime of the Century” again, cleverly, strategically, well-hidden.  This has worked to allow the continuance of literally dirty work for a salary, and human monsters by calling evil good.

THE TRUTH ABOUT SATELLITE SURVEILLANCE

This is a program designed for human experimentation without a doubt, of not only individuals, again, also groups, communities, and large populations, men, women, and children.  It is a decisive scientific testing agenda proven by official patents, patented at the United States Patent and Trademark Office, including specific laws and DOD Regulations such as Procedure 13 of DOD Regulation 5240.1.R shown and briefly detailed in the link below for #13 specifically:

Be assured, targets that knowledge is power, awareness is key, and the TRUTH a very powerful weapon ultimately will prevail.  Inevitably history reveals this as an inevitable fact. 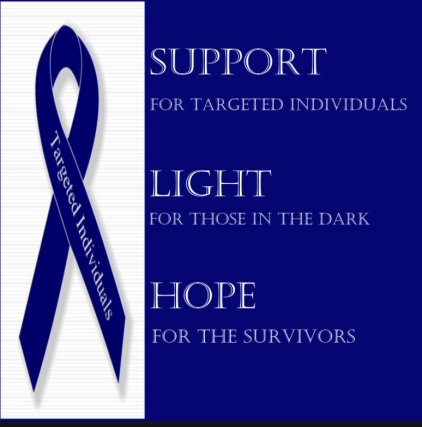