ACCOUNTABILITY AND THE ART OF PLAUSIBLE DENIABILITY

The term ‘plausible deniability’ was introduced into the English language in 1975 when the Church Committee, a US Senate committee, conducted an investigation into the intelligence agencies.

It described the situation where the President was not informed of actions such as to assassinate Fidel Castro, but in the view of the Church Committee, it was clearly in favor of the action. By not being informed, the president could state that he had no knowledge of the actions. He had a plausible denial.

Plausible deniability has been honed since in government and private enterprise, into an art form. We all do it –  at home with the kids, at work, with our mates from our club and sometimes sadly, with ourselves.

The problem for me is that plausible deniability is a phrase that equates to lack of accountability.

There are, however, telltale techniques that we and others – wittingly or unwittingly – use, created on the base of fallacious arguments that should let us know that what we are being offered or are offering is not the whole truth.

The technique I have heard most often used of late is the technique of offering a plausible argument whilst setting up a defensive shield to deny any request to justify the original proposition embodied in a query.

For example, a hypothetical reporter might ask, “Have you seen the cable referring to the corruption allegations?” A hypothetical politician or civil servant might answer, “I receive hundreds of thousands of cables into my office every year. I can’t be expected to read all of them”.

This technique, in terms of regularity of use of late, has been closely followed by the use of a word to attach a clear but subtle change in meaning to what seems to be a simple unequivocal message. The reason for using this technique is to enable the respondent to be equivocal at a later stage if their lines of defense have been stripped away.

Our hypothetical reporter might ask, “Were you involved in a meeting where the details of the new concessional taxation arrangements were discussed before the budget was announced?” Our hypothetical politician might reply, “I have no specific recall that any details were discussed”. The plausible denial has two parts; “specific” and “recall”. An alternate answer might have been, “Sure, we had a meeting and discussed the concessions, but I can’t remember the exact words in the discussion”.

Another technique to look for is the omission of information. Look for what is not said rather than what is said. For example, a hypothetical human resources manager might ask of a line manager who is recommending someone for a promotion, “Tell me about her performance”.

The hypothetical line manager may answer: “She is always punctual, everything is done on time. She has a very good knowledge of the subject matter and is considered to be an authority on the topic of policy”.

The inference in the answer is that the person is competent. However, by looking for what is not said one can pick that this may not be the whole truth. There was nothing said about personal skills, for instance.

Another answer consistent with the first might have been: “She has no interpersonal skills and the quality of her work, whilst good technically and punctual, has no human element. Her work colleagues are frustrated because of that and it negatively affects the team performance”.

By not answering the unasked questions the line manager can move an unproductive employee on through promotion, which is much easier than managing their performance. At a later date when the capability of the individual becomes obvious, the line manager can be truthful in stating that he told no lies.

Adjectives and phrases such as, “minor official”, “not close to the day-to-day operation”, “intellectual” and “cynical” are used to describe the individual and therefore lessen the credibility of what they have to say without providing any proof that what they said was wrong.

Plausible deniability is an issue for public and private enterprise alike. It is an issue because it leaves open the door to abuse of authority and resources, shifting blame and deflecting accountability.

Leaders who duck accountability by using the technique of plausible deniability or other techniques lose the trust of the very people that they need to follow them. They, conversely, won the admiration of the unscrupulous as an “operator”.

When we lose trust, we can no longer lead. Of that, there is no denying.

Cleverly, plausible deniability has reared its ugly head in useful, deadly community efforts around many victims.  If by chance, a covertly targeted victim drops dead inside their home, from beamed Directed Energy Assaults, who would be accountable?  And, those spearheading the effort,  believe the unseen or detectable rays cannot be proven.

One must admit, how convenient and clever Plausible Deniability becomes for rogue government operatives, given approval from a higher authority.  Another form of plausible deniability is the fact that the deadly technology in full use is strategically labeled as non-lethal, which is a plausible denial of its full deadly potential.  Depending on how the technology is used and it widespread, available as portable, handheld, land, sea, drone and space-based systems, in targeting operations, where the target is monitored 24 hours a day, 7 days a week, covert physical torture victimization becomes deadly to include covert beamed assassinations.

Return of the CIA’s ‘Rogue Elephants’

The Senate’s report on torture

need to be reined in again.

The outcome of psychophysical, psychological electronic beamed “Electronic Assaults” is the insidious nature of this electronic warfare technology, since it can be used against any American citizen (through a covertly implemented national signals intelligence EMF brain mapping program in the United States, & the NSA’s Signals Intelligence EMF Scanning Network – which when used in conjunction with this brain mapping program is used to instantly identify the unique brain map of any American citizen) by being deployed via the EMF spectrum, while giving the incarnated evil who use these weapons against us, anonymity in committing these horrendous crimes, as they hide behind the cover of the federal organization they work for.

According to testimony taken by an FBI agent in a lawsuit filed by a man named Jesus Mendoza, who (along with his family) has been the target of directed energy weapon’s attacks for years by the FBI, the FBI was given access to directed energy weapons by the U.S. Justice Department in 1994 and has since been using them as a means in which to both torture and murder American citizens with plausible deniability.

There have been so many American citizens (oftentimes in highly visible roles) murdered by way of directed energy weaponry, whose deaths were reported to have been from natural causes, that this author (James Marino) wonders if the U.S. federal government now uses directed energy weaponry as the de facto standard for murdering anyone whom the leadership in this government takes a disliking to, yet, cannot prosecute through the legal system.

I find it of interest that activist, Judi Bari, developed breast cancer while she was in the process of suing the FBI, and died before she could see her lawsuit to fruition (Bari’s friends and family proceeded with the suit after her death and were awarded a $4.4 million judgment against the FBI – whether the FBI was ever forced to actually pay this judgment remains to be seen).” writes Marino.”

“The technology can come from many directions, and intense, burning sensation that is periodically focused on my breast as well then bounces around my body delivering microwave non-ionizing radiation with repeated attacks.”

“I find it unbelievable that rogue operatives, and those they brainwash into involvement, who must be chipped or definitely programmed, as operatives, are so damaged mentally, that they actually believe themselves important when given permission to destroy lives, and are employed in these specific positions where the goal is to ensure cover-up of the horrors and global destruction created by those who truly really don’t give a damn about them either.  Has the light gone out in their brains?” 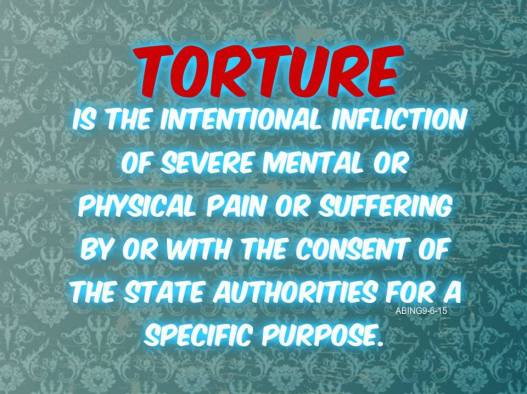 If a lot of people are saying the same thing, LISTEN!

The U.S. National Security Act of 1947, the Origin of “Plausible Deniability” and the Assassination of JFK: