[TSD is the CIA’s Technical Services Division, which conducts scientific and technical research in-agency and through outside contracts.]

a. Influencing human behavior is a most complex subject and very difficult to describe and evaluate in terms of accomplishment, cost, and potential benefit to clandestine operations. The whole field includes medical, physiological, and psychological aspects and while there has been much speculation on the subject very little of a positive nature is known about the extent to which human behavior can be predicted, directed, and controlled. Chemical Division has launched a program having some specific goals in view and has now reached a point in progress where a review of the program should be made to determine if the effort should be continued and what course it should take.

b. Because of the scarcity of positive knowledge, much time and money is being spent on fairly basic research and extensive testing and experimentation. This type of activity cannot be measured in terms of concrete results nor can dollar values be applied. It requires an appraisal of the objectives of the program from the point of view of the operational benefits to be derived, weighed against the allocation of R&D manpower and funds.

c. In considering the objectives, it is helpful to examine the operational problems the program is designed to meet: One of the major problems is that of improved interrogation techniques. Many different methods are used to break down an individual’s resistance to interrogation but there is always doubt about the accuracy and reliability of information obtained by the classical methods of pressure, duress or torture. The use of drugs or psychochemicals in this respect is not new. So-called “truth serums” have been used, sometimes successfully but more often not. The approach being taken by the Chemical Division is to use psychochemicals to create within the individual a mental and emotional situation which will release him from restraint of self-control and induce him to reveal information willingly under adroit manipulation.

d. Related to the improvement of offensive interrogation techniques is the development of defensive measures against opposition interrogation. Knowledge gained in the former will lead to countermeasures for the protection of Agency personnel and information concerning Agency activities. This is another objective of the program.

f. Lesser objectives but perhaps of equal importance are [two lines redacted] and practical aid to case officers in handling agents. In total, the objectives are considered to be sound. Certainly, research leading to a better understanding of the workings of the human mind is an essential element of intelligence and anything that contributes to the prediction of human behavior or makes possible its direction of control is of inestimable value.

“Gottlieb wanted to create a way to seize control of people’s minds, and he realized it was a two-part process,” Kinzer says. “First, you had to blast away the existing mind. Second, you had to find a way to insert a new mind into that resulting void. We didn’t get too far on number two, but he did a lot of work on number one.”

Intentional drug infiltration into specific communities, as well as, ongoing testing for submissive and mind-controlling reactions from drugs, are designed to oppress and stop progress

Many familiar with various programs since the 60s, officially, understand this strategy is part of an ongoing, ruthless Nazi-style agenda designed to ensure continued oppression, emasculation and also to profit off the covert destruction of human lives.

The fact is, as this country now copes with a heroin epidemic, in middle and upper Middle-Class America, many aware of illegal and legal drugs used as a biological weapon, as factually part of continuous high-level mind-control studies.

MKULTRA behavioral modification never stopped on the civilian population, as the public was led to believe in the 60s, but went underground and continues to flourish.  The real question is, who profits off the destruction of lives, after targeting vulnerable communities in what essentially are ongoing nonconsensual human experimentation efforts?

As shown in the FOIA document below, intense testing has yesterday, today and tomorrow, played a key role officially documented beginning in the 60s.

DEA AGENT SAYS HE WAS TOLD, AS A

DRUG ENFORCEMENT AGENT, NOT TO ARREST WHITE PEOPLE FOR DRUGS

Nobody said the road would be easy as  human

beings walk various paths in life, and it is not designed to be!

However, additionally, we must understand that we deal with

evildoers as outside forces who seek total

control, repression, by any means necessary…

THERE IS NOTHING NEW UNDER THE SUN!

“The use of mind control has been going on in one form or another since the beginning of time. This overview will begin from the Babylonian era to the current time. The Babylonians and the Egyptians helped lay a foundation for occultism and the seeking these human experimentations in mind control and human behavior continue today…”

“The New Millennium and the Mind Control Crisis”

“A portion of the Research and Development Program of TSS / Chemical Division is devoted to the discovery of the following materials and methods:

Substances which will promote illogical thinking and impulsiveness to the point where the recipient would be discredited in public.”

Skipping to subhead 6 on the same document, “Materials which will render the induction of hypnosis easier or otherwise enhance its usefulness” and subhead 7, “Substances which will enhance the ability of individuals to withstand privation, torture, and coercion during interrogation and so-called “brain-washing.”

Subhead 8 states, “Materials and physical methods which will produce amnesia for events preceding and during their use” and subhead 9 states, “Physical methods of producing shock and confusion over extended periods of time and capable of surreptitious use.”

Subhead 12 states, “Substances which alter personality structure in such a way that the tendency of the recipient to become dependent upon another person is enhanced.”

So what does this all mean? One almost has to reread these quotes two or three times before the realization sinks in that our government’s goal is to gain ultimate control over our minds. This is not much different than the goals of Adolf Hitler and The Third Reich.”

As written several times on this blog’s website, many are also well aware of the definitive role LSD experimentation of the 60s played and that of many other psycho-physical drug testing programs, and it appears to continue to play a pivotal role in what many are recognized as a search for mind control methods and programming.

ON JAMES THORNWELL WHICH LATER BECAME

A GRAND SCHEME OF LEGAL AND ILLEGAL DRUG

HOW HITLER USED DRUGS TO CONTROL HIS TROOPS

Many continue to report the destruction of not only Los Angeles, targeted for-profit and Crack Cocaine studies, but throughout nationwide urban areas as being “Black Ops” funding.

HEROIN USE RISING AMONG WOMEN AND WEALTHY

BLACKS WERE TARGETED FOR CIA COCAINE.  IT CAN BE PROVEN…

“There has never been any evidence provided that the CIA facilitated the transport or sale of cocaine itself. What is beyond doubt is that the CIA was directly responsible for the importation of tons of powdered cocaine into the U.S. and the protected delivery of that cocaine into the inner cities.”

BLACKS ARE TARGETED BY THE MEDICAL SYSTEM

The fact is there has been a major scientific focus on targeting specific communities, individuals, groups, and large populations for decades.  The relentless goal is to progress methods of mass and social population control.

Unleashed in the 60’s many targeted today have been put through the wringer, unaware of a focused effort to destroy hope in their lives by Nazi motivated Frankenstein scientist and Intel Agencies within specific communities with subliminal mind invasive technological influence,  and with many 100% mind control studies which began in childhood.  The objective of mind control is to change a person from who they are or born to be.LEGALIZATION OF THE PROGRAM

In light of what is being revealed today, nothing is impossible and it is plausible with the revelation that within MK Ultra ideals, that testing of various methods for mass and social population control did not stop after the Church Committee Hearings in the Early 70’s but simply went underground and continued to flourish and resulted in highly advanced psycho-physical technology which can manipulate people from a distance in ongoing remote neural monitoring programs.

Several agencies, historically reported to be involved in ongoing historic testing efforts,  were possibly even alerted in advance, Federal, state, and local agencies of mind control drug testing beforehand or were set-up in advance to monitor and track victim for the results?  Were these operative’s told what to expect related to powerfully addicting substances, to focus arrest only on specific communities, after infiltration of drugs created first in a laboratory, became widespread as well as and also a strategic discrediting program set into motion?  If victims figured it out thousands were then deemed delusional, psychotic, or Schizo, etc.

Drug-Induced psychosis revealed itself during this time and seemed the perfect solution and a convenient method for discrediting people awakening and realizing they were being used as human lab rats.  It says that the lingering effect of drugs created the delusion denying that something else was afoot as part of the cover-up and redirecting attention away from scientific ongoing testing goals.

The fact is, in light of what is happening in secret operations today, using covert high tech subliminal, manipulation and influence, it is not farfetched to consider the role of ongoing “Remote Neural Monitoring” and “Behavior Modification” studies.

“Remote Brain Targeting” documents the involvement of many agencies, as shown below in the excerpt, which demanded and required tests using human beings for many areas.

A multimillion-dollar program of research on germ warfare and on methods to alter or control human memory and behavior through the use of drugs, electricity, sensory deprivation, hypnosis, and other means spanned the years from, as a focal point from 1940 onward. This research involved 185 researchers at 88 non-governmental institutions, including 44 colleges and universities. The magnitude, projects, scope, and duration seemed to justify the conclusion of former State Department officer John Marks that “the intelligence community changed the face of the scientific community during the 1950s and early 1960s.”

Department of Defense admits that despite a treaty banning research and development of biological agents, it continues to operate research facilities at 127 facilities and universities around the Nation.

THERE WERE ALSO NUMEROUS MAJOR

MIND CONTROL SITES FOR THESE OPERATIONS.

WE ARE OUR BROTHER’S KEEPER!

IN 1967 THE CIA CREATED THE LABEL CONSPIRACY THEORIST

In 1967, the CIA Created the Label Conspiracy Theorists

The Puppet Master and the hope for one world governance continues and the people of the world, in some cases, have been reduced to high tech, manipulated, and influenced Sheeple technologically or drugged into passivity politicians.

“One way in which the power elite are able to maintain a high degree of political and economic control over the world is to gain power over key politicians and other highly influential individuals. The principal means used to accomplish this objective is to develop blackmail on these key individuals that can be used whenever they might stray too far from the agendas of the elite.” 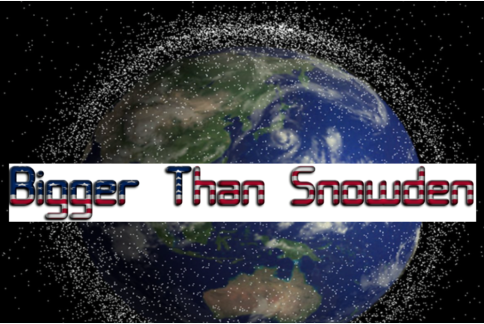