As the knowledge of mind invasive technology’s full use today snowballs, reported by untold numbers of COVERTLY targeted victims, it is logical that the technology is being portrayed as a new phenomenon and beneficial for the society without full disclosure of the factual, many times, heinous use and capabilities.

The fact is millions of victims of global psycho-physical targeting which are essentially global human testing operations have been used as human guinea pigs, in many cases since childhood and the research perfected the technology, for example, specifically the poor and middle class of all races.

Through covert manipulation and influence which is key for continued oppression,  subjugation and entrapment for jail, or psyche ward commitment this program has advanced in secrecy and heinously.  To further mind control studies, you must first understand that the purpose of mind control is to convince an individual to act differently than how they would under normal conditions by controlling their mind by manipulation and high-tech subliminal influence to include the use of mind-control drugs, both illegal and legal testing for Big Pharma an ally.

“The program” becomes a surreal, covert and heinous life-changing determination through patented technology subliminal influence using the capability of frequency wave manipulation, manipulating emotions, and the nervous system or mind invasive verbal harassment.  The intentional creation of stumbling blocks, focused on victims, for many have occurred over a lifetime in these studies and has essentially set victims up for failure denying a fruitful life or opportunity to live the American Dream.

After years of covert, high tech, manipulation and influence, the victim’s memories documented can be used against them which were in reality operation center creations of circumstances around the target as the target was taken through various states of “The Program.” Various aspects of the technology explained in the video, below is lacking to the degree that without full details of DECADES of continued, MK ULTRA, unofficial testing programs geared towards focus on individuals, groups, communities, and large population.  This program was unleashed heavily after the ’60s to stifle war protest, and on anyone, has the convenient effect and result, in a brilliant covert mind control program.  The end result leaves high-level intel agency, with working hand in hand with the Association of Psychiatry, “Spychiatrist,” psychiatrist working in these programs, with joint military testing massive testing efforts unaccountable.  And the result is that some poor soul is brilliantly entrapped believing they are wrong when nudged/framed into their downfall heinously by his Handlers.

Believe it or not!

MEET THE TECHNOLOGY THE GOVERNMENT

WILL USED TO FRAME YOU

“What happens if the facial recognition cameras get it wrong? Or the “visual microphone” detects the wrong sound? Or the emotion-reading or crime-predicting technology of the near future is just quackery, designed to frame anyone the government wants to convict? Sadly, this isn’t sci-fi fantasy; it’s the present and we’re already living through it.  Just ask Steve Talley…”

In fact, earlier versions of mind invasive technology, the Neurophone, which is another method to beam human voices directly into the human brain, as part of the relentless verbal harassment effect, could also be positively used to communicate with the deaf enabling a deaf person to hear a human voice inside their brain technologically.

History documents that the technology was confiscated by the US government, held under secrecy orders, related to the invention and inventor, Patrick Flanagan, in 1958.  It was returned for his official patenting in 1968.  The Neurophone is widely believed to be the method used via satellite surveillance targeting, as one possible method, and the technological harassment aspect of victim’s, nudging victims to suicide, to commit a crime by going postal lab rats in 24/7 targeting efforts, entrapment for incarceration, is the result of perfection by the U.S. government’s 10 years scientific research of the invention.

ESSAY ON “MOTIVES FOR MIND CONTROL”

The very first and very early scientific studies have always involved Neuroscientist typically working for the government in some capacity aka the Department of Defense and military.

For example, Dr. Ross Adey who began testing technology known as the LIDA Machine, which is documented to have been used to brainwash POWs during the Korean War by the Russians who were further advanced in mind-control technology.  With this realization, the US made an effort to catch up quickly investing millions and millions of dollars to do so and also in ongoing funding today earmarked for the “Black Budget” of nearing billions.

Dr. Ross Adey was a CIA Neuroscientist researcher, for

Neuroscientist Alan Frey, well known, actually spearheaded what would later be named the “Frey Effect” as a government contractor. The “Frey Effect” is the microwave hearing voice’s effect used on targets, again for decades, who are then strategically labeled as schizophrenic.

Many other neuroscientists, i.e., Department of Veterans Affairs, Dr. John Justesen wrote about the capability of mind invasive technology ability to beam the operator, at the helm of the weapons system’s voices directly into the brain of a target and with the ability to be used for subliminal manipulation and influence, both overtly and covertly, in 1975 and the effectiveness published in the American Psychology magazine.

A longtime activist, among many, Fritz Springmeier has made it his lifelong goal to expose this heinous program, as a victim, activist, and whistleblower!

MANY VICTIMS REPORTING AS VICTIMS OF EARLY STUDIES

HAVE BEEN EXPOSING THE PROGRAM FOR YEARS

The fact is that if the public were to look back even further, than what is being portrayed today as new development,  it would be revealed that Nikola Tesla’s research, into what he called “Radiant Energy” in the early 1900s, and many other scientists of this era during and since, laid the foundation for the use of the Electromagnetic Spectrum to be weaponized.

Personally Target’s cope with very real, official, Human Monsters who are enforcers of “The Program” who are suited, clean-shaven and in uniform and sitting at the helm of advanced technology.  However, the “Mind Control” mission,  and ideation, again, dates back to DECADES!

One thing is certain,

“WE ARE IN THE AWAKENING!”

Surely the goal is not specifically for a mega mind global population.  Sheeple would no longer be useful or profitable if so.

HAS HUMANITY BECOME OBSOLETE AS RUTHLESS

THE VOICE OF GOD WEAPON 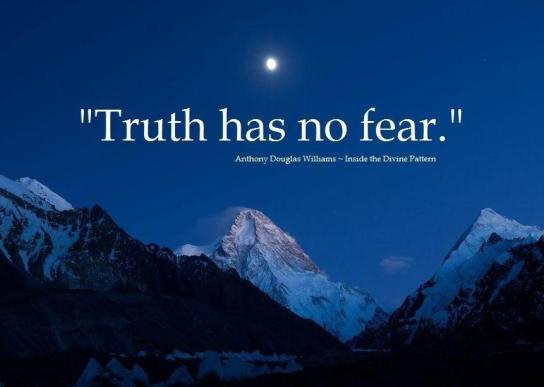